Creamy spaghetti with bacon and cream, step by step recipe with photos 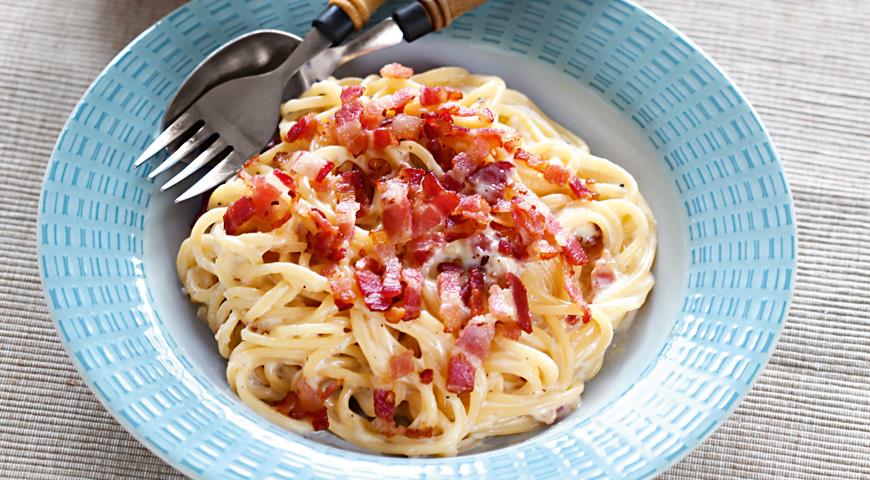 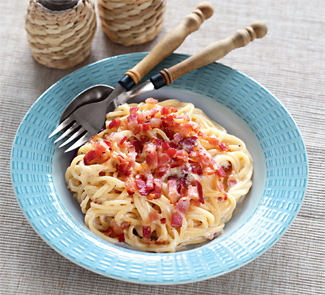 It is very tempting to link the origin of this dish to the history of the Italian Carbonari revolutionaries who fought for the liberation of Italy from the Austrians. What a beautiful and romantic story one could think of in the style of Mrs. Voinich!

However, it will not work, if only because the first mention of spaghetti carbonara dates back to the mid-twentieth century.

The expedition took more than one day, so the coal miners took with them a stock of long-term storage products. And this is Italian pasta, smoked bacon, eggs, hard cheese, olive oil, that is all that famous spaghetti is made of.

By the way, the cream in the recipe appeared much later. Classic spaghetti carbonara and now cooked only with eggs.

Another variant of the origin of the dish also has many supporters. At the end of World War II, Italy was occupied by American soldiers, whose ration included bacon and egg powder, among other things. Americans have always been distinguished by their dedication to their culinary traditions; therefore, when visiting Italian restaurants, they asked them to make bacon and eggs from their products and boil spaghetti.

Then they mixed it all in one plate.

Italian chefs took the recipe and slightly improved it. But where does the name “carbonara”, remains unclear.

However, some are at risk of suggesting that black pepper, which was sprinkled with spaghetti, resembled coal dust to someone.