Sauces: recipes less than a minute

Swift is a good word for characterizing a modern person. Unfortunately, this is manifested in the style of food, and in the manner of its preparation.

To fry a piece of meat, time and energy are still there, and when it comes to sauce, the hand traditionally reaches for a bottle of ketchup. And it is in vain for nothing. 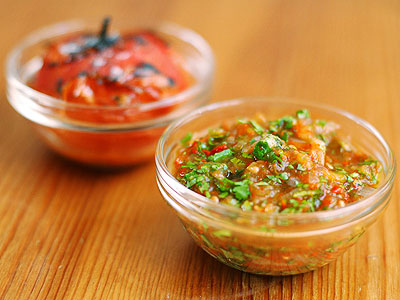 Because the sauce is the final touch, the final beauty, a farewell smile. He completes the dish, gives it the necessary charm, and ketchup, with all due respect, any food leads exclusively to a common denominator.

Meanwhile, there are sauces that do not require any effort, nor time, nor money, nor even skills – and at the same time capable of significantly diversifying the menu.

For example, something too simple: when the meat is roasted, in the same frying pan, without removing it from the heat, splash some red wine, how to scrape the sediment sticking to the bottom. After a couple of minutes you have a great steak sauce.

You can cut a lemon in half, fry the halves at the cut point until the surface is caramelized, and squeeze out the juice. Season with a little salt – and serve with fried fish or chicken breast. 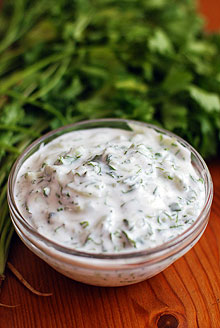 If it’s hot, no sauce is better than indian wright. Take a couple of cucumbers, grate them, squeeze excess moisture from the pulp. Then add natural yoghurt and, without stinging, finely chopped fresh cilantro.

Season with salt, black pepper and ground zira. Any piece of lamb cooked in any way will go perfectly well.

The Chinese prepare a lot of things in the blink of an eye – and sauces too. Mix one piece of black rice vinegar and three pieces of soy sauce.

Get Chinese seasoning for ravioli.

To cook hot sauce – also not a problem. Finely chop the ginger root, garlic and chili pepper, cover with soy sauce, add a little sesame oil. Let it sit for about five minutes.

And serve – for example, with shrimp. This sauce can be filled with sliced ​​cucumbers, and then get a great snack to vodka. 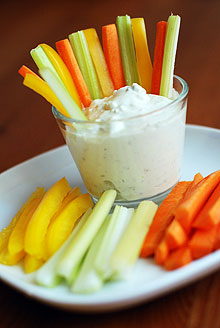 For fresh vegetables you can make cheesy sauce. Mash some blue cheese with a fork.

Add cheese and low-fat cream to it, mix. The consistency of the sauce should be quite thick. Serve it with long sliced ​​vegetables: carrots, celery, bell peppers.

It combines well with raw champignons.

By the way, with the invention of the blender, many quick recipes have become even faster. In particular, cooking italian pesto, previously demanding half an hour rubbing in a mortar, now takes only a couple of minutes.

This recipe belongs to the well-known, but just in case, we repeat it again. Put a handful of pine nuts, a clove of garlic and a handful of grated Parmesan into a blender bowl. Turn on the engine and do not turn off until a coarse mash is formed.

Add a large bunch of fresh basil, turn on the engine again and, without turning it off, gradually pour in the olive oil until the pesto has the desired consistency. A little macaroni or even just fresh bread – nothing more is needed for it.

There are also such recipes of sauces that do not require either a pan or a saucepan. It is such recipe salsa from burnt vegetables.

While the coals burn through, and it is still too early to fry the meat, put vegetables on them and bake them. And when the meat is ready, in order for you to take no more than two minutes to complete the preparation of the sauce.

Put whole, unpeeled onions, tomatoes and chili pepper directly on the smoldering coals. Burn from all sides, constantly turning over until the vegetables are soft and their skin is charred. It is important to remember that the time for cooking each of the vegetables will be different.

Put the finished vegetables on a plate and cover with a couple of minutes with cling film. Then peel off the charred skin and remove seeds from the chilli. Next, cut the vegetables into small pieces, throw in the bowl of the blender and lightly chop.

In the grinding process add cilantro leaves, orange juice and salt. If there is no blender, finely chop the vegetables with a regular knife.

If the orange juice is not sour enough, dilute it with lime or lemon juice.