Cooking Easter cakes has always seemed to me to be extremely prohibitive. And I was confused by the scope – decent housewives put the dough in buckets and devote it all day. Therefore, I never baked cakes myself: the risk to spend a lot of time and energy on killing a mountain of wonderful products was too great.

But a year ago I came across a recipe for brioche, which went against everything that not only experienced grandmothers and mothers teach us, but also smart baking books. 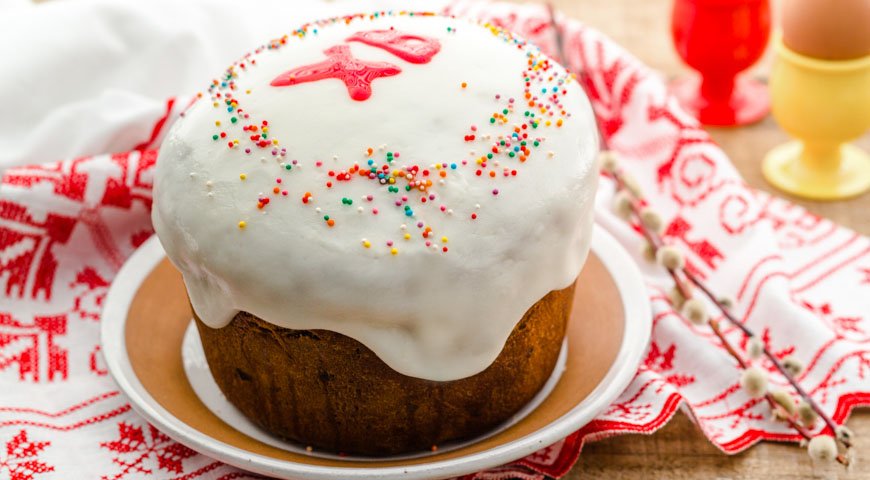 Smart baking books teach us that baking, that is, sugar, eggs and, most importantly, butter slows down the process of fermenting dough and complicates the development of gluten. And if the solution to the first problem is mainly a matter of time, then the second can only be managed by a long and intensive batch.

And they can not be neglected, because the dough cake with insufficiently developed gluten will be uneven, “ragged“A crumb, it crumbles when sliced ​​- in general, it loses in the inevitable competition of Easter cakes.

Going on the way to reducing baking – is also not the best way: Easter cake will lose alluring taste, moreover it will quickly become callous. That is why the dough on the kulich is brought up in several stages: put the dough, then knead the main dough, mix it thoroughly, and only then add butter.

In the article I discovered, sly Americans offer a radically different approach: knead the dough for brioche according to the bread without kneading method, known among home bakers all over the world as Jim Leyhi bread. Its essence boils down to the fact that gluten in a rather liquid dough develops not due to thorough kneading, but due to a very long fermentation up to 24 hours, during which the dough is stretched several times and folds in a certain way.

If you believe the magazine, this method of kneading is applicable to the dough for brioche, you just need to make it so that the dough is liquid. It’s easy – just melt the butter.

To make the dough well fermented and convenient for further manipulations, it is put in the fridge all night long – and what about our conviction that yeast dough loves heat, is afraid of drafts, loud steps, etc.?

“Trust but check“I said to myself and got down to business. For the purity of the experiment, I decided to bake brioche from dough according to the proportions suggested by Peter Reinhart for “middle class brioche“, But according to two technologies: classical and described in the article.

What was my surprise when not only I, but also experienced bakers did not see the difference in these two brioche! Since then, I firmly know that even a very rich pastry can be kneaded without problems and hassle, literally in between times, by entrusting the main work of the time.

And since its composition brioche – the sister of our Easter cake, Last year, for the first time, I started baking Easter cakes. I must say, they turned out to be excellent, and only I knew how a little energy was spent on their preparation.

Here is a detailed description of the process. It takes a lot of time, but your active participation It will take no more than an hour. Knead the dough in the evening, and the next day, at any time, spread it in forms and bake.

From the specified number of products, I got seven cakes of different sizes: one baked in a form with a volume of 1.5 liters, two in forms of 450 ml and 4 in forms of 250 ml.

By the way, I make small cakes in paper cups for hot drinks: the dough does not stick to the dense waxed cardboard of which they are made, and they perfectly hold the shape.

What do you need:
For dough weighing approximately 1800 g

What to do:
Rinse the raisins, pour in boiling water and pour over brandy, brandy or other flavored alcohol.

In a large bowl, crush the yeast, cover with milk, mix and leave for a while, while you measure the rest of the ingredients.

Pour eggs into a bowl with a yeast shake, whisk slightly with a whisk to combine the whites and yolks. 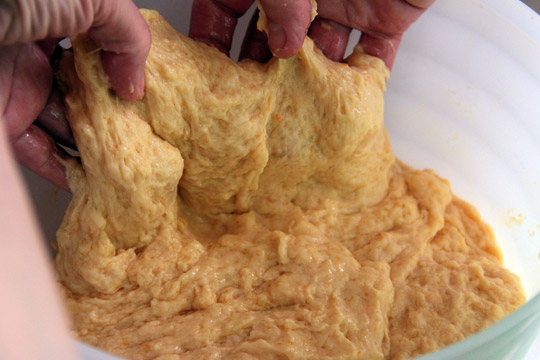 At this stage, the dough is loose, torn, it seems, rather on the dough for the cake than on the yeast. 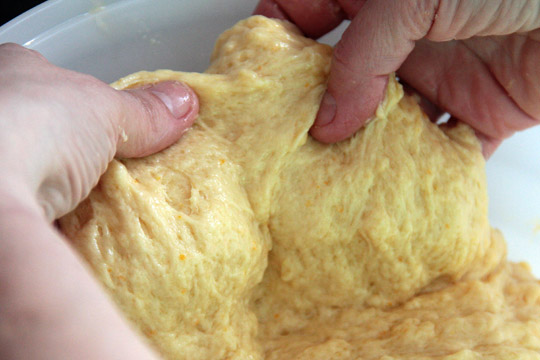 Imagine that a bowl is a dial. Place the fingers of both hands under the dough where the imaginary hands of the clock show 12 hours. Lift the edges of the dough up and slightly stretch to the side.

Repeat the procedure again – the circle is closed. Cover the bowl with plastic wrap or a lid and leave on the kitchen table for 20 minutes. 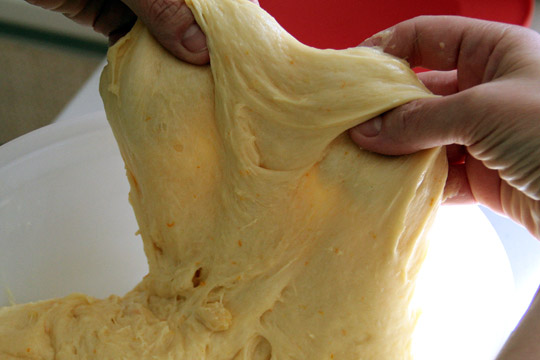 Go on “pull up and fold“Dough every 20 minutes for 2 hours, that is only 6 times (the very first addition after kneading dough is not considered). After the third addition, you will notice how the structure of the dough has changed: it has become more elastic, almost not torn, it has become “body“. 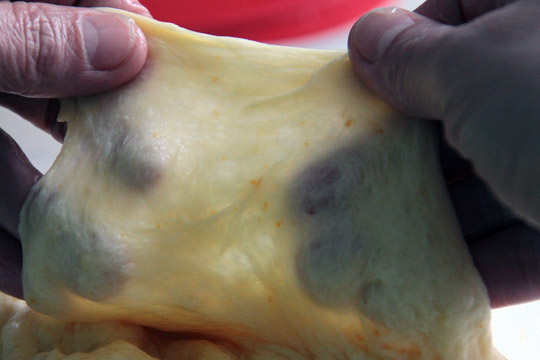 By the end of the second hour, gluten threads will become noticeable. Of course, this dough does not stretch “like a rubber glove“As mixed in a stationary mixer, so we did not knead anything!

Drain the raisins with paper towels, mix with flour and spices. Stir in the dough, trying to distribute the raisins evenly.

Close the bowl with dough with a lid or film and refrigerate for at least 8 hours, maximum – at 48.

Remove the dough from the refrigerator, weigh and divide into portions. Round each piece of dough on the working surface with flour flushed, cover it with film and leave for 10 minutes. 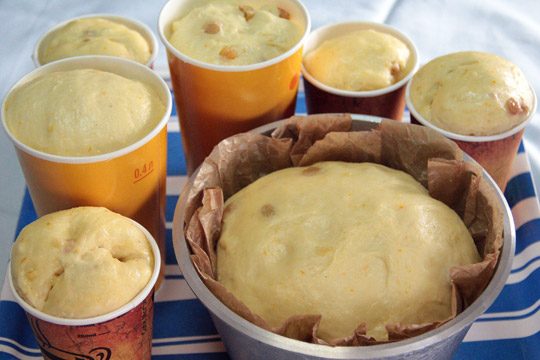 Spread the dough into forms, given that the dough will double in volume. Cover with a film to prevent the dough from lightening and leave to stand at room temperature for 2 hours.

If the raisins come out on the surface of the cake, try to cover them with a dough or just remove them, otherwise they will burn during baking.

Preheat the oven to 180 C. Bake the cakes on a baking tray set at the bottom of the oven for 40-45 minutes. Check the readiness with a wooden stick, it should come out clean and dry from the center of the cake. If the top has become ruddy, but inside Easter cake not baked yet, cover the surface with foil or wet baking paper.

If not all cakes are placed in the oven at the same time, bake first “small forms“, And then – large.

Remove the cakes from the oven, put them on the wire rack. After 3-5 minutes, remove from the molds and lay on the grill on its side, cool. You can take a sample from the cake not earlier than two hours after baking, when it cools to room temperature.

Better yet, wait for the next day. Do not worry, this cake does not stale for a very long time!

Cheesecakes with carrots and spicy citrus sauce with oranges and kumquats, step-by-step recipe with photos

Cheese from Russia became the best competition in France

For a resident of the coast, edible shells are as familiar as the sound of ...