If you do not know what kind of green fence to build at the cottage, then a hedge from a cotoneaster will be an excellent option for many years. Learn how to plant and form a beautiful wall, if you add a spiraea or barberry, wild rose, what is the landing pattern and when to cut to get beauty, not a riot of branches growing in different directions …

Cotoneaster – the benefits of shrubs

A cotoneaster hedge is capable of bewitching the gaze with its neat appearance and harmony, with it you can successfully arrange beds with bright colors without fear of overloading the plot. In the cold winter, the cotoneaster will delight you with beautiful berries that look out from under the snow-white cover. 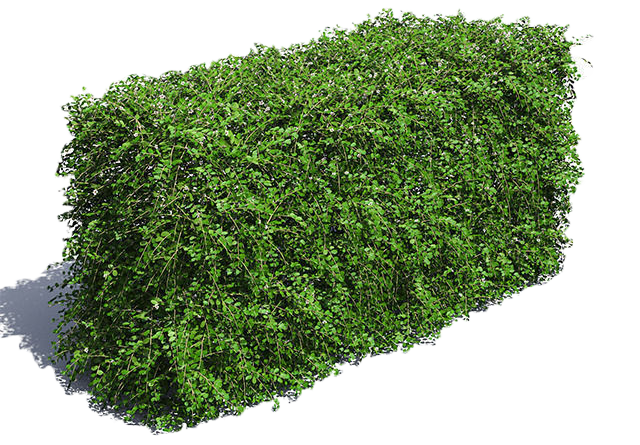 Most often, gardeners on their plots use a lively hedge from a cotoneaster for planting – this shrub is characterized by dense, lush and shiny foliage of a dark green shade, which is replaced by real multicolor in the autumn, delighting with red and orange shades, changing to purple and yellow. Cotoneaster perfectly tolerates a haircut and grows rather slowly. Other advantages of cotoneaster include:

Sometimes there is some difficulty in breeding a cotoneaster. But, if the cotoneaster seedlings are successfully rooted, after some time, a beautiful lush cornel fence will flaunt on the site.

The bloom of the cotoneaster comes at the end of May and lasts until the end of June, when bright green foliage is covered with lush, spectacular buds of delicate pink color, striking with incredible magnificence and fragrant aroma. By September, in the 4th year of life of the cotoneaster, the first fruits begin to ripen in the form of red or black berries, effectively looking against the background of multi-colored foliage.

Planting cotoneaster for hedges will not be very complex, because the bush is very unpretentious – it can be planted during the spring and autumn, regardless of conditions. But, it should be borne in mind that the cotoneaster seedlings should have time to grow before the first frosts come.

The highest height of the cotoneaster is 1.7 m, so it is recommended for organizing fences with heights from 1 to 1.2 m. With the cotoneaster, you can make compact borders (0.5-0.7 m). And, grown in containers, cotoneaster is allowed to be planted even in summer, but, best of all, on an overcast day, followed by shading. When planting cotoneaster should be followed in stages:

To complete the procedure for planting a cotoneaster should be abundant watering followed by mulching with a layer thickness of 8 cm of mowed grass, peat, sawdust, foliage, and pine needles. A cotoneaster hedge forms with a distance of at least half a meter between bushes – it should be increased if the cotoneaster seedlings are already large.

Cotoneaster is very undemanding to care, which should consist of the following procedures:

Responsible step in the care is regular pruning of the cotoneaster – young twigs of the shrub should not be cut more than 1/3 of their length. Cotoneaster, planted recently, does not need to be cut in winter to avoid loosening. Shrub should be trimmed with a frequency of 2 to 3 times per season. Sanitary pruning of the cotoneaster bushes can be performed regardless of time, removing damaged or dried shoots.

When forming the cotoneaster, it should be taken into account that the lower part should be 10-15 cm wider in order for a kind of trapezium to be obtained – this will help to fight against excessive shading of the lower layers that grow more slowly. Annually, the cutting height should be increased by a length of 5 to 7 cm and this should be done until the cotoneaster reaches the desired height.

In the question of how to form a cotoneaster, there are no big difficulties, for this you need to make a skeleton template, cutting off the cotoneaster on it, using cordless garden shears, brush cutter or trellis shears. You can make a pattern from wood bars, between which you should pull the rope tight. You can perform the molding of the cotoneaster in the form of tall columns, planted in a row, with the help of two-meter bearing poles supports. You should not be afraid to make formative pruning, because the branches of the cotoneaster grow very quickly, hiding all the flaws and inaccuracies.

The cotoneaster hedge due to its thick shiny foliage has been used for a long time in landscape gardening. In the spring, this unpretentious shrub will delight with pink or white buds, in the fall with multicolored foliage, and in winter with miniature black or red fruits. Cotoneaster is ideal for the formation of hedges, growing real thick wall on the site, which will serve as an excellent protection from prying eyes, road dust and uninvited guests.