Honeysuckle edible, planting and care, the reproduction of which does not cause difficulties, can grow in your garden if you follow simple rules and keep an eye on the bushes, as you need a little pruning, fertilization, watering, mulching. And if you want to multiply, you need to properly prepare the cuttings or choose cuttings, divide the bush. We will tell you how to grow a healthy culture in the suburbs and other regions, teach you how to plant bushes, and answer when the transplant begins. 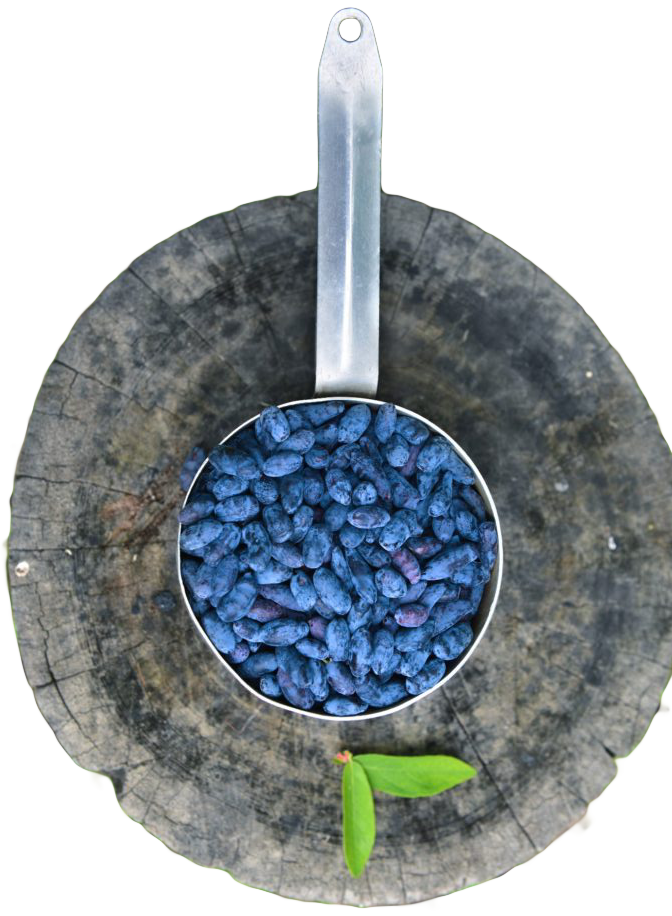 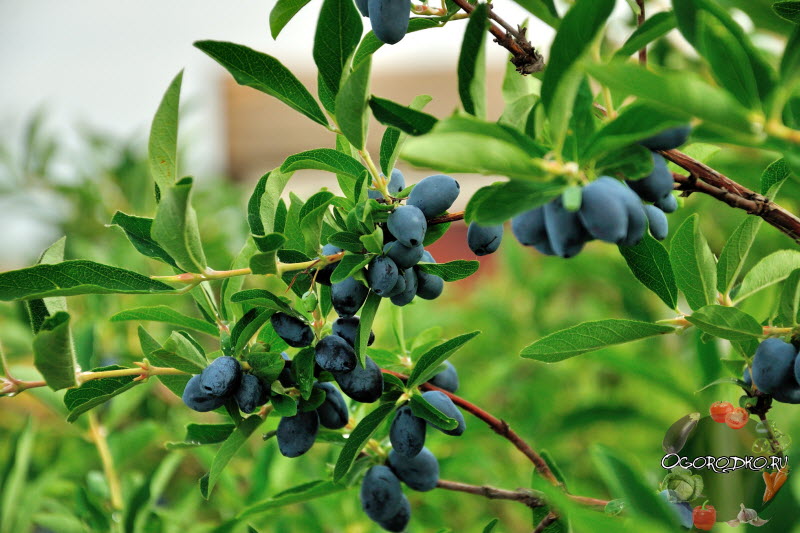 How to choose a seedling for planting

Currant bushes with raspberries are especially popular among summer residents, but honeysuckle is not always in demand. And not by right, since this fluffy bush is distinguished by unpretentiousness and simplicity in care.

Honeysuckle before all happy beautiful and healthy berries with a large number of valuable properties. The first step in cultivation is always planting young seedlings, but first you should familiarize yourself with important tips for choosing them:

If the bark of young seedlings will peel off, you should not worry – this is a natural feature of the plant.

The choice of the seat is the only difficulty in the process of growing shrubs. It is associated with the fact that the landing should be carried out in wet places, without wind and a large influx of sun. The best soil for honeysuckle – sandy or loamy, also too acidic will not work. You can plant a crop in the spring, but it is better to do it in the fall (mid-September), following the steps: 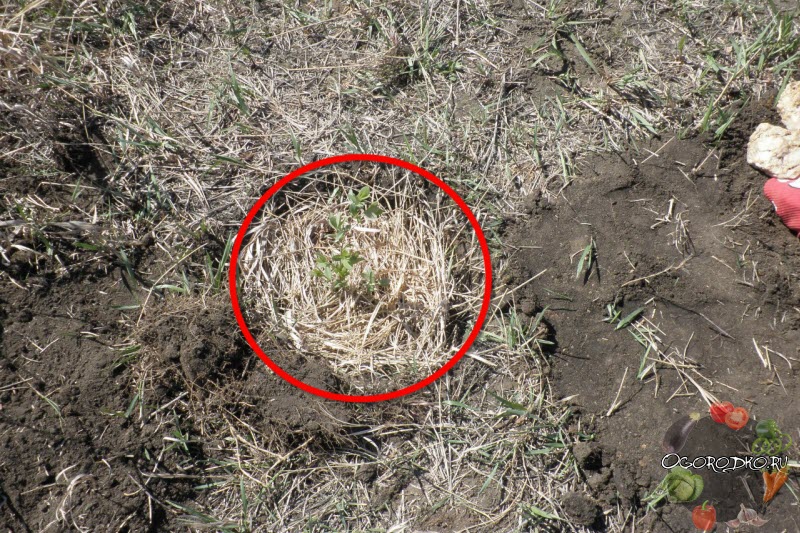 planting honeysuckle – in the photo

2. Preparation of nutritional mixture. Prepared from rotted manure (4-6 kg), double superphosphate (100 g), potassium sulfate (30 grams) and ash (300). It is necessary to fill the mixture to the bottom of the hole for the seedling and mix with the fertile soil from the top layer

3. Direct landing. A small mound should be formed inside the hole and a honeysuckle should be installed on it, after cutting the damaged and dry roots. The remaining roots, it is important to gently spread throughout the mound. Then sprinkle with earth and spill well, then fill the hole completely. Trample and pour heavily again. Root neck must be level with the ground

4. Perform mulching, which will help retain moisture and prevent the emergence of weeds. Grass, straw, a layer of cardboard or newspapers can be used as mulch.

If you are planting honeysuckle edible spring, you should think about regular watering shrubs. Do not forget about the need to alternate varieties of shrubs, because they are cross-pollinated. With the full care of honeysuckle after a couple of years, we can expect the first harvest of berries.

When caring for honeysuckle, note that the roots of the shrub are located in the soil surface and the procedure for loosening should be done very carefully. It should be supplemented with additional feedings and mulching, which the honeysuckle loves so much when sprinkled with sawdust under a bush, with straw or grass. 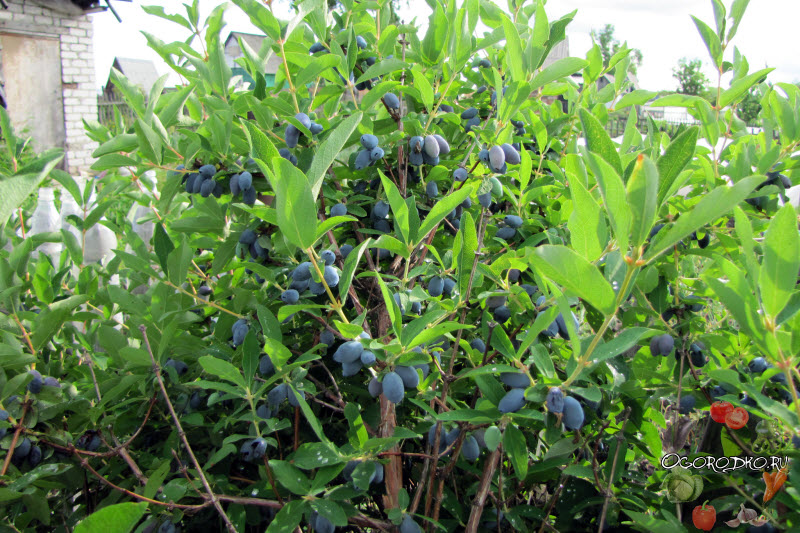 The care complex must include an annual pruning, consisting in cutting out broken, dry and growing branches inside the shrub. Once in the interval from 3 to 6 years, a rejuvenating pruning is needed, which consists in removing all old shoots and weak shoots. It is enough to leave only 3 or 4 of the most powerful escape.

Water honeysuckle should be moderate. When dry weather requires abundant watering, eliminating the bitterness of the berries. With regular and moderate rainfall, the honeysuckle needs at least 3-4 times per season. For each bush will need about 10 liters of water. Then you can slightly gnaw the soil and then remove the weeds. The complex of care for shrubs should include the fight against diseases and pests.

Honeysuckle reproduction can be done in different ways:

The most effective method of reproduction is cutting. Preparation of cuttings of shrubs should be done after the appearance of green fruit on the honeysuckle. It is necessary to cut the shoots exclusively of the current year, their length should not exceed 10 cm. From above, the shoot of the shrub is cut at a distance of 1 cm from the bud. Be sure to leave a couple of nodes.

Below the cut is made at an angle, and the upper leaves are cut only half. Ready cuttings need to be planted in the greenhouse. After a couple of weeks they will have roots. In the winter it is best to leave them in greenhouse conditions, having previously covered them well. And in the spring it will be possible to land them on a permanent place.

Such a valuable plant as honeysuckle, is known to many. Gardeners and gardeners, well aware of the healing properties, gladly planted honeysuckle on their plots. Shrub berries are especially useful for people suffering from pathology of the cardiovascular system. Culture, planting and care, the reproduction of which has long been known, can safely take one of the places of honor in your garden.