The drug Ferretab is fully correctly called "Ferretab comp"However, in use the second word "comp" it is often simply omitted, since it makes the pronunciation of the name shorter and without it it is quite clear what is being said.

The composition of the capsules Ferretab as active ingredients include the following substances:

As auxiliary components of the capsule Ferretab contain the following substances:

The capsules have a hard gelatin case and a lid size number 2, painted in red. Inside the capsule there are three mini-tablets of a reddish-brown iron fumarate and one yellow mini-tablet of folic acid. All tablets may be interspersed. 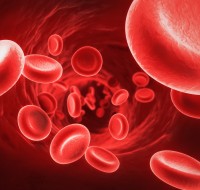 Ferretab has antianemic effect and ensures the normal development of the central nervous system of the fetus during pregnancy.

Antianemic action is provided by iron fumarate and folic acid, which are part of the preparation. Thus, iron fumarate is a source of iron ions, which are necessary for the synthesis of hemoglobin. That is, Ferretab provides the body with a sufficient amount of iron, from which hemoglobin is synthesized, which will eliminate and prevent the development of anemia. Folic acid is necessary for the formation of normal red blood cells, so its entry into the body contributes to the absorption of iron and proper blood formation in the bone marrow.

In addition, folic acid is necessary for normal growth and development of the fetus, especially its brain, so all pregnant women are advised to take this vitamin from the planning stage of pregnancy and at least until the 12th week of gestation.

Thus, Ferretab is a source of two substances important for blood formation and normal development of the fetus, as a result of which the drug is very often used during pregnancy. 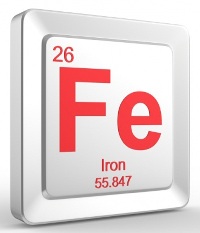 The main indication for the use of Ferretab capsules is the treatment of iron deficiency anemia that occurs in any period of a person’s life, including during pregnancy and breastfeeding.

In addition, Ferretab capsules are indicated for use in the treatment and prevention of iron deficiency in conditions when the requirements for this element are higher than the quantities entering the body, for example:

Ferretab can be taken by adults and adolescents from the age of 12 in the same dosage. Younger children should not be given the drug.

Ferretab for the treatment of anemia, including during pregnancy, you should take one capsule once a day. In case of severe anemia (hemoglobin level below 80 mg / l), the dose is increased to 2 to 3 capsules per day, which are taken in one piece 2 to 3 times a day. Taking the drug in the required dosage is continued until the hemoglobin level normalizes, on average, 8 to 12 weeks. Then, for another 4 weeks after the normalization of the hemoglobin concentration, Ferretab is taken in a maintenance dose, one capsule per day to create a supply of iron in the body.

With the preventive purpose (including during pregnancy and breastfeeding) Ferretab always take one capsule per day, while the risk of anemia and the state of iron and folic acid deficiency remain.

Black tea, coffee, milk and dairy products, solid food, bread, raw cereals and eggs impair iron absorption, so Ferretab is best taken on an empty stomach 30 to 60 minutes before a meal. However, if the drug is taken after a meal due to irritation of the gastric mucosa, then the menu should be made so that the listed products are not used before taking Ferretab.

During the period of taking Ferretab, the stool may turn black, which is normal and does not require discontinuation of the drug or any special treatment.

While taking Ferretab, the benzidine test may turn out to be false-positive.

Influence on ability to operate mechanisms

An overdose of Ferretab is possible and it manifests itself with the following symptoms:

If overdose symptoms occur, induce vomiting first. Then, if possible, it is necessary to wash the stomach with 1% sodium bicarbonate solution (edible soda). If it is impossible to flush the stomach, then after calling vomiting, you should eat raw eggs and milk, which will bind some of the iron and reduce its absorption into the blood.

After carrying out these urgent measures, the level of serum iron and ferritin in the blood should be measured, and if their concentrations are well above the norm, take Desferal. Subsequently, if necessary, symptomatic therapy is carried out, aimed at maintaining the normal functioning of vital organs and systems.

Antibiotics of the tetracycline group (tetracycline, doxycycline, etc.) interfere with the absorption of iron, reducing the effectiveness of Ferretab.

Ascorbic acid enhances the absorption of iron, as a result of which its use increases the efficiency of Ferretab.

Since folic acid must be taken in the first trimester, Ferretab is recommended for women to drink from the beginning of pregnancy until the 12th week of gestation. After that, if the risk of anemia persists, you can continue taking the drug in a prophylactic dosage of one capsule per day, until delivery or for 2 to 3 months. If the risk of anemia is low, you can cancel Ferretab and start again only after hemoglobin levels fall below normal.

Pregnant women for the prevention of anemia It is recommended to take Ferretab one capsule once a day for a long period of time. If the risk of developing anemia is very high, then Ferretab can be taken continuously throughout pregnancy. If the risk of anemia is low, then Ferretab is not taken continuously until delivery, but in courses of 8 to 12 weeks, with intervals of 4 to 6 weeks between them.

For the treatment of already developed anemia pregnant women are advised to take Ferretab on one capsule 2 to 3 times a day for 8 to 12 weeks. After that, it is necessary to continue taking the drug in a maintenance dosage of one capsule per day for another 4 weeks. Then they take a break for 4 weeks, after which they resume taking Ferretab one capsule per day for 8 weeks to prevent the recurrence of anemia. Such 8-week preventive courses of admission with 4-week intervals between them continue until delivery.

To ensure adequate intake of folic acid in early pregnancy, women are recommended to take Ferretab from the moment of conception and up to the 12th week of gestation without a break, one capsule per day. Starting from the 13th week of Ferretab, you can stop taking or, on the contrary, continue to prevent anemia. 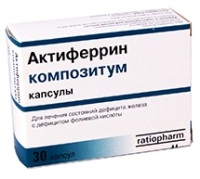 In addition, Ferretab has counterparts for therapeutic action, which include drugs containing iron compounds II and III. The closest in nature of the action analogues are preparations containing compounds of iron II. And analogs with an iron content of III are relatively more distant.

Most of the reviews on Ferretab are positive, due to the high efficacy of the drug and good tolerability. In the reviews, it is noted that many began to take Ferretab after several months or even years of agonizing and not going through poor general well-being (general weakness, drowsiness, low performance, etc.), against which nothing was sick, but there was "vegetable". Many were surprised to learn that they have low hemoglobin, and a flaccid state is a consequence of anemia. After the start of Ferretab, the state of health became normal, or almost normal.

The reviews point out an unpleasant side effect of Ferretab – the ability to provoke constipation. However, against the background of an excellent therapeutic effect and given the fact that all iron preparations can cause constipation, people consider this side effect to be quite tolerable and not worsening the overall assessment of the drug.

There are few negative reviews about Ferretab, and they are usually caused by the appearance of unpleasant sensations in the abdomen or an allergic reaction, due to which they had to stop taking the drug. 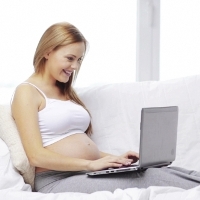 About the use of Ferretab during pregnancy, approximately 85% of the reviews are positive and 15% negative. Positive feedback is due to the high efficacy of the drug, which in a relatively short period of time increased hemoglobin and eliminated anemia.

Negative reviews about the use of Ferretab during pregnancy, as a rule, are caused by the development of side effects, which were very difficult to tolerate and forced the woman to stop taking the drug. So, in the reviews it is indicated that Ferretab has provoked a very stubborn and persistent constipation, which after taking a laxative turned into diarrhea. In addition, many women indicate that taking Ferretab caused discomfort and abdominal pain, which were especially strong during the moments when the child moved. Sometimes the pain was unbearable. These side effects caused women to stop taking Ferretab and switch to another drug.

Sorbifer and Ferretab are analogues and both contain iron II as an active ingredient, so there is no difference between their digestibility and the number of side effects. But as the second active ingredient, Sorbifer contains vitamin C, and Ferretab contains folic acid. Vitamin C improves iron absorption, which makes Sorbifer a drug with better absorption of iron compounds. In this regard, Sorbifer has some advantage over Ferretab. However, if Ferretab is washed down with drinks containing vitamin C (for example, orange juice, dogrose extract, etc.), then this advantage of Sorbifera is completely leveled.

But the presence of folic acid in Ferretab makes it a drug, not only replenishing iron reserves in the body, but also positively influencing the process of hemoglobin synthesis. This is the undoubted advantage of Ferretab.

Therefore, in terms of composition, Sorbifer is better suited for the treatment of pure iron deficiency anemia of moderate or mild severity. And to eliminate severe anemia with a concomitant deficiency of folic acid or impaired blood formation, Ferretab is better suited.

In addition, experienced doctors believe that Ferretab is better tolerated than Sorbifer, because it does not have such a severe effect on the gastric mucosa. Therefore, if a person suffers from any diseases of the gastrointestinal tract, it is better for him to choose Ferretab, which is more easily tolerated compared to Sorbifer.

Also, based on the experience of personal observation of patients, most doctors concluded that Sorbifer is more effective than Ferretab, but his side effects are much more likely to develop and suffer. Therefore, if necessary, to quickly raise the level of hemoglobin, it is better to choose Sorbifer. But if Sorbifer is very difficult, then it is better to switch to a lighter Ferretab.
Read more about the drug Sorbifer