Physiological methods of contraception They are based on the features of the fertile (when conception may occur) and non-fertile (when the probability of conception is extremely low) phases of the menstrual cycle. An additional factor that prevents ovulation and conception is lactation and amenorrhea associated with it. Male factor in physiological contraception – based on the method of interrupted sexual intercourse.

Awareness of women about the most likely time of ovulation (and hence the possibility of pregnancy) during the menstrual cycle helps to avoid unwanted pregnancy. 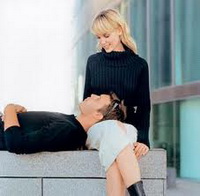 There are several methods of physiological contraception:

• based on ovulation day determination

When can physiological contraception be used?

Conditions for the use of physiological contraception:

• The inability to use other methods of contraception, including for religious reasons or ethical beliefs.

• Couples that are responsible for physiological contraception – ready to avoid sexual intercourse on “dangerous days”, attentive to changes in the duration or nature of the menstrual cycle.

• Physiological contraception is effective only if there is a responsible attitude towards sexuality. For some, economic benefits can be a decisive factor in choosing a method to prevent unwanted pregnancies.

• Possibility of use, both for the purpose of contraception, and if desired, women in the onset of pregnancy.

• The method of contraception is free.

• A partner is involved in contraception, which should increase their responsibility.

• Increasing the level of self-knowledge of spouses – a more careful attitude to the menstrual cycle, knowledge of the ovulation period, luteal and follicular phase allow a woman to independently detect the slightest signs of hormonal abnormalities.

• Greater satisfaction with sexual intercourse after abstinence during the “dangerous period” (for some couples).

• The need for a preliminary stage – preparation. Preparation consists in constant and daily observation of the phases of the menstrual cycle for 3-4 cycles. The purpose of the preparatory stage – the identification of the period of ovulation.

• Difficulties at the initial stage of using this method – in interpreting the state of cervical mucus, tracking the level of basal temperature.

• The specific limitations of both partners are the need to abstain or use interrupted sexual intercourse or barrier methods of contraception during the “dangerous” period.

• This method is unacceptable for couples with an irregular schedule of work and rest – night duty, long trips, regular infectious and inflammatory diseases, etc.

• There is no possibility of reliable control of contraceptive effectiveness.

Methods based on determining the day of ovulation

There are several reliable ways to determine the day of ovulation:

ELISA test for ovulation: household rapid tests that allow you to determine the day of ovulation (by analogy with the pregnancy test). The most popular commercially available ovulation test is Frau-test. 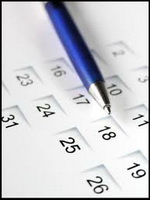 The rules for calculating the fertile period of “dangerous days”:

• It is necessary to observe at least 3-4, and sometimes 6th menstrual cycles (depending on the regularity of the cycle).

• It is necessary to subtract 11 from the number of days in the longest of the menstrual cycles (for greater reliability, you can subtract 8-10 days). This determines the last “dangerous” day of the cycle.

Why is it necessary to deduct 11 days? The fact is that ovulation, as a rule, occurs in the middle of the monthly cycle (with a 28-day period – on day 14, within 1-2 days after ovulation, the probability of conception is maximal), adds a few more “dangerous days” and we get value 11.

Modern studies have determined that the life of an egg outside the follicle is 20 hours. This circumstance allows to shorten the duration of the “dangerous” period.

The beginning of the fertile period is detected as follows: from the duration of the shortest cycle they take 18 (you can subtract 19-21 days for greater reliability). Thus, they reveal the first “dangerous” day of the cycle. This figure is based on the life expectancy of sperm after ejaculation in the female genital tract (up to 4-6 days, an average of 5 days). 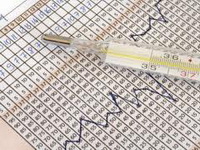 Temperature method – method for determining the fertile phase of the menstrual cycle by measuring basal (rectal) temperature. In the first (follicular) phase of the cycle, the temperature is lower – no more than 36.4-36.8 g.

Immediately before ovulation, the body temperature decreases slightly, and immediately after ovulation it increases by 0.3-0.7 g. (up to 37.1-37.5 grams). The method consists in daily temperature measurement and recording of data as a graph of the temperature curve. The schedule is not difficult to determine this temperature leap, which will indicate the date of ovulation.

• To determine the basal body temperature, it can be measured in the rectum, in the mouth or in the vagina. You can choose any of these methods, but always use the chosen method with a temperature measurement time of at least 5 minutes.

• It is necessary to measure the temperature at the same time of day – every morning, while in bed, and immediately mark the readings in the schedule. During menstruation, temperature measurements cannot be stopped.

• It is necessary to take the temperature after sleep for at least 3 hours.

• You must use the same thermometer.

• It is necessary to measure the temperature for at least 3-month cycles.

Basal temperature, as a rule, decreases 12-24 hours before ovulation, immediately after ovulation, the body temperature rises by 0.3-0.7 degrees.

“Dangerous” is the period from the beginning of the menstrual cycle until a temperature jump of the basal temperature occurs within 3 consecutive days (the egg after 3 days / according to modern data, 24 hours after ovulation loses viability, and the onset of pregnancy becomes impossible) .

Since the level of basal temperature depends on many factors – external and internal, the interpretation of its indicators requires special attention, and often, medical education. For this reason, it is necessary to note in the calendar information about all factors affecting the menstrual cycle.

Factors affecting the menstrual cycle include:

With regular and correct application of the method, the Pearl index is at the level of 3.5. 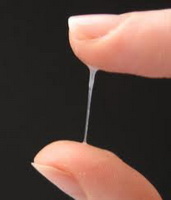 Method for assessing the state of cervical mucus. Cervical mucus – this mucous secretion is produced by the cervical canal mucosa. The secretion and physical properties of this secretion are affected by hormonal changes, which vary during the monthly cycle.

Before ovulation, the mucus becomes thinner, more transparent and egg-like, viscous. A woman has a feeling of excessive moisture in the vagina – “slippery sensations”; noticeable wet spots are often observed on underwear. During this period, there is the greatest fertility.

Monitoring changes in the properties of cervical mucus is also useful because, knowing what mucus is normal, a woman can promptly notice abnormalities caused by the inflammatory process in the genitals.

At the end of the menstrual flow daily up to three times a day, it is necessary to take the cervical mucus and determine its nature.

The technique of collecting and analyzing mucus is simple:

• Wash your hands thoroughly with soap and take a sample of mucus from the vagina. It is possible to take samples with a finger directly from the cervix.
• It is necessary to evaluate the quality indicators of mucus (liquid, sticky, “dry”).
• Check the consistency and malleability of the mucus (just dissolve the fingers moistened with mucus).
• Determine the amount and color of mucus.

It is necessary to note in detail the results of observations – the consistency of mucus (sticky, cream-like, egg-like), the viscosity of mucus, the detection of stains on underwear, evaluate subjective sensations in the vagina (dry, wet, slippery).
In the absence of cervical mucus – the so-called “dry days” conception is unlikely.
The effectiveness of the method – 85-95%, and with proper and regular use reaches 98%.

This is the most effective and accurate method, as it uses a combination of all methods of physiological contraception.

The rules for using the method are simple – you need a daily assessment of the following indicators of the phase of the menstrual cycle:

• Changing the state of the cervix.

• Physiological indicators of ovulation:
– increased tactile sensitivity of the mammary glands and skin
-pain associated with ovulation (pain may be acute, dull, spastic, localized in the lower abdomen).
– bleeding from the vagina
– bloating and water retention
– increase libido
– increase performance

Method effectiveness contraception can potentially reach 93-98%, however, practical rational use of the method is possible only after appropriate gynecological counseling and special training. 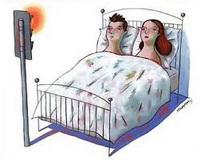 This is a natural way of family planning, based on the fact that the partner during sexual intercourse removes the penis from the vagina before the moment when ejaculation occurs. The absence of ejaculation in the genital tract of a woman naturally prevents conception.

• Ability to use at any time.
• No need for any prior preparation.
• The absence of any external influence on the partners’ organism.
• The possibility of combining this method with other methods of contraception (for example, natural methods).
• Does not affect lactation.
• Economic benefits.
• The method encourages a man to greater responsibility in family planning, which sometimes leads to closer relations between partners and increased mutual understanding.

• For effective contraception, this method requires a high level of partner self-control.
• The possibility of semen entering the vagina before ejaculation is not excluded (repeated sexual intercourse without the use of additional methods of contraception are excluded).
• The likelihood of a decrease in acuity and sensations during intercourse, the incompleteness of sexual intercourse.
• Psychological discomfort due to the fear of spontaneous ejaculation.
• Insecurity against sexually transmitted diseases.
• Low efficiency – 70-75%. With regular use of the method of interrupted sexual intercourse, the effectiveness of this method increases significantly.

• Contraindicated for couples in need of effective contraception when conception and pregnancy are unacceptable (when pregnancy is dangerous for a woman’s health).
• Partners with a high risk of contracting sexually transmitted diseases.
• Couples wishing to provide higher contraceptive efficacy.
• The presence of premature ejaculation or not able to control it.
• Psychological features that do not allow partners to be responsible.