Spondyloarthritis has another name – ankylosing spondylitis . This disease has received such a name in honor of the outstanding Russian scientist, who made a huge contribution to the study, description and attempts to treat this pathology.

Ankylosing Spondylitis – This is a chronic disease of a systemic nature, the cause of which are inflammatory-degenerative changes in the spine with the subsequent formation of ankylosis (areas of complete immobility, formed due to the fusion of vertebral bones with each other). This, in turn, leads to rigidity of the spine – it becomes stationary, and is a single conglomerate, resembling a single solid bone. At the same time, a pronounced curvature (kyphosis) develops in the thoracic region, and in the lumbar region – lordosis (bending bulge forward). This posture received a kind of name – "petitioner posture". 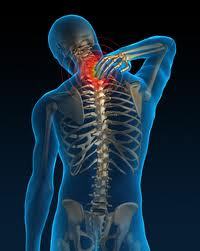 Although much is already known about spondylarthritis, and in such patients it is possible to slow the progression of the disease, its exact causes are not yet reliably known. Currently, among the reasons that lead to this ailment, the aggressiveness of the immune system in relation to its own ligament and joint tissue is put in the first place. That is, an inadequate immune response is formed. It is believed that this is due, in most cases, to a genetic predisposition in people who are carriers of the antigen HLA-B 27 . It is thanks to this antigen that certain tissues of the body (ligaments and joints) are perceived not as their own, but as foreign, which the body seeks to repel.

The target for spondyloarthritis is, above all, the articulation of the spine and the sacrum, and costal-vertebral joints. Symptoms of lesions in these areas come to the fore, but, in addition, patients may experience other changes: enthesopathies of peripheral localization (inflammation of the places where the tendon attaches to the bone) and inflammation of the joints of the limbs. In rare cases, there are signs of damage to the internal organs, which is characteristic of the later stages of the disease in the absence of therapeutic measures.

For spondylarthritis is characterized by gradual development, which in the early stages rarely leads the patient to consult a doctor. The disease slowly progresses, and over time, the pain spreads to other parts of the spine. Persistence is characteristic of a pain syndrome, although in some cases it may be episodic. Pain syndrome in spondyloarthritis has its own characteristics, which clearly distinguishes this disease from other spinal pathologies. The pain of spondyloarthritis increases at rest, and decreases with the commission of active movements, or after taking a hot shower.

For pain syndrome, there is also a direct relationship with the use of anti-inflammatory drugs, which significantly reduce the intensity of pain. In some cases, the pain may be completely absent, and the only complaint of patients is the restriction of mobility of the spine.

Spondylarthritis is characterized by such a smooth flow that patients often do not notice its progression. Changes develop from the bottom up, so in the upper spine they can be observed only a few years after the onset of the disease. If at the beginning of the disease there is a lesion of the upper spine, this indicates an unfavorable course of spondyloarthritis and a disappointing prognosis.

Given the fact that spondyloarthritis limited mobility in the joints that connect the thoracic vertebrae and ribs, respiratory movements are impaired. As a result, weakening of the ventilation of the lungs develops, which causes the development of lung diseases (usually chronic).

Additional symptoms of spondyloarthritis are pains in other joints: hip, shoulder, temporomandibular. Rarely can be pain in the sternum, swelling of the joints of the legs and arms.

A number of extraarticular manifestations are characteristic of spondylarthritis. These include: inflammation of the heart tissue (valvular defects, myocarditis), lower urinary tract and kidneys, eye tissue.

Even more rarely, spondyloarthritis has a lesion of the iris of the eye (uveitis, iridocyclitis).

At the onset of the disease, an increase in body temperature may occur, which accompanies the lesion of peripheral joints.

Of the common complaints of spondyloarthritis, there is general weakness, loss of appetite and weight loss.

Considering the specific nature of the disease, the following classification of spondyloarthritis is adopted, based on radiographic signs:
Stage I – the contours of the joints are fuzzy, the articular fissures are enlarged, moderately pronounced subchondral sclerosis is determined
Stage II – the articular fissures are narrowed, subchondral sclerosis is pronounced, single erosion is determined
Stage III – partial ankylosis is determined in the area of ​​the sacroiliac joints
Stage IV – complete ankylosis in the sacroiliac joints.

By the nature of the course of spondyloarthritis, the following stages are distinguished:
I. slowly progressing
Ii. progressing slowly but with periods of aggravation

In the diagnosis of spondyloarthritis, many methods are used that combine physical, laboratory and instrumental examination.

In addition to examining the patient, the doctor conducts a number of functional tests, which in most cases reliably determine the presence of sacroiliitis (the first and main sign of spondyloarthritis). Such tests include: Kushelevsky symptoms (three varieties), Makarov symptom (two varieties), Zatsepin symptom and Forestier.

In addition to these functional tests, there are a number of additional ones, which indicate that the spinal mobility is limited, the pain along the spinous processes of the spine is limited, and the degree of restriction of the chest excursion.

Of laboratory indicators, the most important are:

A mandatory X-ray examination. Changes in the X-ray picture are specific, allowing to determine the degree of damage to the spine and joints (the criteria are described in the classification section).

In radiology, there are symptoms that are strictly specific only for spondylarthritis:

Another important diagnostic method is scintigraphy. Sacro-iliac joints are under investigation. This method is very informative, as it allows to identify changes in this area even before the changes in the X-ray picture appear.

Patients with suspected ankylosing spondylitis are also examined by an ophthalmologist, especially if there are signs of eye inflammation (pain, tearing, redness, blurred vision, photophobia).

If you suspect the presence of spondylitis, it is necessary to conduct a differential diagnosis with those diseases in which there is a similar clinical picture. Such diseases include: rheumatoid arthritis, sciatica, tuberculous damage to the spine.

In the treatment of spondyloarthritis there are two directions: medication and non-drug.

Given the autoimmune nature of spondyloarthritis, treatment should be aimed at reducing the aggressiveness of the immune system in relation to the body’s own tissues. In this case, the effect is directly on the underlying cause of the disease. The second direction of therapy is the elimination of the inflammatory process and, as a consequence, the reduction of pain.

In the treatment of ankylosing spondylitis, the following non-steroidal anti-inflammatory drugs are used: ortofen, voltaren, nimesil, movalis, celebrex. They have not only anti-inflammatory, but also analgesic effects.

Immunocorrective therapy: Sulfasalazine, which is a basic drug.

Immunosuppressants of non-hormonal origin (cytostatics): azathioprine, methotrexate, which are prescribed by special schemes.

Hormonal drugs (glucocorticoids): prednisolone according to the scheme, intraarticular injection of drugs from the group of glucocorticosteroids (metipred, liprospan, kenalog).

In order to increase the sensitivity to the basic (main) therapy, patients are prescribed plasma adsorption or plasma exchange. Especially this procedure is indicated for patients who have increased immunological activity of the disease.

From physiotherapeutic methods, the most effective are:

Therapeutic exercise for spondyloarthritis has the following objectives:

Of the types of physiotherapy exercises, patients are prescribed: gymnastics, "dry pool"swimming

In addition, good results in treatment are achieved with the appointment of a therapeutic massage. Massage allows you to strengthen the muscles and reduce their rigidity.

Patients are advised to maintain correct posture, sleep without a pillow and only on a hard surface, and actively engage in sports. In this disease, it is the best proof that movement is life.

Patients suffering from spondyloarthritis, should not be allowed to increase body weight, as this leads to the creation of additional stress on the joints, which are already experiencing difficulty in movement.

Sanatorium-resort treatment is recommended for patients in the absence of exacerbation of the disease, and lesions of the internal organs. The best resorts for patients with spondyloarthritis are: Sochi, Pyatigorsk, Evpatoria. On the basis of sanatoriums, patients have the opportunity to receive procedures such as hydrogen sulphide and radon baths, mud therapy.

With the development of ankylosis of the hip joints with functional impairment of the III degree joints, prosthetic repair of the affected joints is carried out, which allows the patient to partially return mobility.

Complications and prognosis for spondyloarthritis

Features of spondyloarthritis in different groups of patients 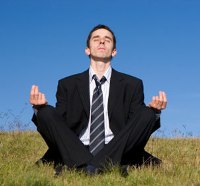 Given that the exact causes of spondylarthritis are still being established, recommendations for the prevention of this disease are reduced to the exclusion of those factors or conditions that can have a direct or indirect effect on the state of the immune system. These include:

In addition, one can not ignore the sharp weakening of the immune system during mental stress. In this regard, prolonged mental overwork, neurosis and stress should be avoided, and if they occur, treat these conditions promptly.

Every person should be attentive to their health and the health of their loved ones. This, of course, will not protect against possible diseases by 100%, but will allow to receive qualified medical assistance in a timely manner and, therefore, prevent the progression of the disease.