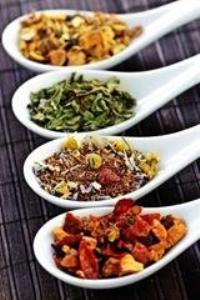 Tentex Forte tablets are manufactured by the Indian pharmaceutical corporation HIMALAYA DRUG, Co. in packs of 20, 40, 80 or 100 pieces. The release form of the drug is only tablets that are coated with a silver colored coating. They have a round, biconvex shape and a smooth surface. The fracture of Tentex Forte tablet is brown-gray.

All of the above vegetable components are active substances, because they contain chemical compounds with biological activity.

Auxiliary substances are used to evenly distribute all the active ingredients in the pill, and to ensure their best penetration into the blood. Each tablet Tenteks forte contains the following excipients: 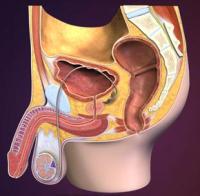 Tentex Forte has a general stimulating, toning and androgenic effect. These effects are due to the biologically active components of plant origin, which are part of the tablets.

The androgenic effect of Tentex Forte lies in its ability to normalize sexual activity, increase libido (sexual desire) and increase sexual desire. Restoration of sexual function and increased libido is achieved due to the effect of Tentex Forte components on the centers of sexual activity located in the spinal cord. In addition, the pills stimulate the hypothalamus and limbic system of the brain, which, in turn, enhance and normalize sexual function.

Tentex Forte – instructions for use

Sexual weakness of older men due to age is treated with the use of 1 to 2 tablets of Tentex Forte 2 times a day. The number of tablets taken at a time is determined by the tolerability of the drug. If a man tolerates Tentex Forte well, you can take 2 tablets at a time, otherwise the dose is reduced to 1 tablet at a time. The duration of the course of the drug in all cases ranges from 45 to 50 days. Repeated courses of therapy are carried out with an interval between them for at least six months.

If there are signs of allergy, you should immediately stop using Tentex Forte and consult a doctor. With a strong increase in blood pressure while taking Tentex Forte, it is necessary to reduce the dosage or completely cancel the drug.

Sexual function is very subtle, and easily subject to fluctuations due to the effects of various negative factors. In most cases, disorders of the sexual sphere are functional, that is, completely reversible, since there have been no major changes at the level of tissue structure. Very often, sexual function is impaired under the influence of various psychogenic traumatic factors.

Tentex Forte is a drug that helps most men deal with psychogenic disorders of sexual function. The drug enhances sexual activity, increases erection and prolongs sexual intercourse, preventing premature ejaculation. Tentex Forte is a herbal remedy, that is, it contains exclusively extracts, extracts, powders and decoctions of herbs that have a tonic and stimulating effect.

A large number of reviews about Tentex Fort are positive, because the drug really helps to get rid of sexual disorders associated with weak erection, weak attraction and short sexual intercourse. The effectiveness of the drug men rate as quite high. Also, people like that the composition of the drug is natural, it does not contain the chemical components obtained by artificial synthesis.

However, along with a positive opinion about the drug, there are negative reviews. In most cases, men’s dissatisfaction is due to the need to take Tentex Forte for a rather long period of time (1-2 months) to achieve a significant effect. Men also note that it creates inconvenience and the need to take pills with milk or tea.

Price in Russia (including in Moscow) and in Ukraine

Today, Phytopreparation Tentex Forte is produced exclusively by the Indian Pharmaceutical Corporation. "Himalaya"therefore, its cost depends on the cost of transportation, customs duty and the selling price of the manufacturer. Often one batch of the drug comes to pharmacies with one price, and the other batch is already sold at a completely different price.

On average, the cost of packing Tentex Forte 100 tablets in Russian pharmacies is 562 – 671 rubles, and in Ukrainian – 240 – 285 hryvnias. A price well below the specified limits may indicate that the proposed drug is a banal fake or has an expired shelf life.

Tentex Forte – where to buy in Russia and Ukraine?

Tentex Forte is a licensed medical product, therefore it is supplied to Russia and Ukraine through the official channels of the Ministries of Health. The drug is sold in regular pharmacies without a doctor’s prescription. You can also purchase Tentex Forte through online stores. Sometimes there are interruptions in the supply of tablets, due to the delay in customs clearance and other similar factors, so from time to time the drug disappears from pharmacies. Do not be afraid of this, since the license of the drug is valid, and after going through various formal procedures, Tentex Forte will appear in pharmacies.

When you purchase the drug should pay attention to the shelf life, which is 3 years from the date of issue. Also, carefully examine the packaging for the presence of all protective stickers (holograms, embossed letters that you can feel with your fingers), as well as the integrity of the packaging.

You should not buy the drug in an unknown place, because in this case there is a high risk to buy a fake. At best, a fake will simply not produce the expected effect, and at worst – harm to health. If there are doubts about the authenticity of the drug, you can contact the drug testing center privately. In the laboratory will be able to accurately determine whether the drug is genuine or fake. This procedure takes 1 – 2 days and is inexpensive. Since Tentex Forte needs to be taken 1 – 2 months, it seems appropriate to test the drug for authenticity.