Ticks, which are found in the territories of Russia, Ukraine, Belarus, Moldova, as well as countries of Eastern and Western Europe, can stick to the skin of a person of any age and gender in order to obtain blood. Fresh human blood is necessary for mites to start the breeding cycle, so these insects literally can not do without people. In this sense, ticks are similar to mosquitoes, which also need human blood for reproduction.

However, tick bites, unlike most mosquitoes, are not harmless, since these insects are carriers of several dangerous infectious diseases. Therefore, after a bite, it is necessary to perform a series of actions aimed at preventing the development of serious infectious diseases with which a tick could infect a person.

In Russia, Belarus, Moldova, Ukraine, Western and Eastern Europe and the United States, ticks are carriers and, therefore, if they are bitten, they can infect humans with the following infections:

Ticks are most commonly carriers of tick-borne encephalitis and borreliosis, since these infections are common in almost all European countries, the Asian part of Russia and the United States. That is why the prevention of these infections focuses on tick bites.

The remaining infections (hemorrhagic fevers) are spread only on the territory of certain regions, therefore it is possible to get them if a tick that lives in a given area bites a person. And since ticks do not leave their habitat, moreover, they practically do not budge throughout their lives, often taking place on the same hive, they can become infected with hemorrhagic fevers only if a tick in the region with the prevalence of these infections. Accordingly, the person himself must also find himself in a region where hemorrhagic fevers carried by local ticks are common.

So, since ticks can infect humans with dangerous infections, consider the action algorithms that must be taken in various situations after being bitten by this insect.

What should I do if bitten by a tick? 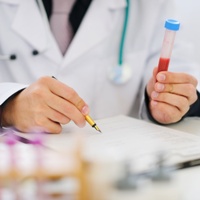 Algorithm of action, if bitten by a tick

Regardless of who the tick bitten (child, woman, man, elderly person), you need to do the following manipulations when detecting this fact:
one. Remove ticks in any way possible (see sections below)
2 Treat the tick suction site with an antiseptic (iodine, alcohol, brilliant green, Chlorhexidine, hydrogen peroxide, etc.)
3 Place the tick in a closed container and, if possible, take it for analysis to determine whether it is a carrier of infections
four. Take tests for borreliosis and tick-borne encephalitis to determine if an infection has occurred after a tick bite
five. To make prophylactic medication, the action of which is aimed at the rapid suppression of the infectious disease transmitted to man by ticks
6 Watch your own condition for a month after being bitten by a tick.

When a tick bites, be sure to remove the insect as soon as possible and treat the place of its sticking to the skin. The remaining points of the algorithm can not be done, except for monitoring their own state during the month. If there are any signs of indisposition during the 30 days after the tick bite, you should consult a doctor as this may be a symptom of developing tick-borne infections that must be treated.

After removal from the skin into a closed container, it is advisable to place the tick only if it can be transported to a specialized laboratory for examination for a maximum of 24 hours. Such laboratories are usually located in infectious disease hospitals. However, since in many cities and countries of Europe ticks in principle do not examine whether they are carriers of infections, but monitor the condition of people after being bitten, it is meaningless to pack an insect into a container in most cases.

In general, identifying whether a tick is a carrier of infections is not necessary, but is necessary only for an early accurate determination of the subsequent tactics of the bitten person’s behavior. So, if the tick "clean", that is, it is not a carrier of infections, then a person can forget about the bite forever, since he does not bear any consequences. If the tick is a carrier of infections, this does not mean that he necessarily infected the person and he needs to wait for the development of the disease. Indeed, in 80% of cases, the bite of an infected tick does not lead to infection of a person. Therefore, if a person has been bitten by an infected tick, it is necessary to monitor its condition for a month and, if possible, to undergo blood tests to determine whether an infection has occurred. That is, tick analysis allows the person himself to adhere to the correct tactics and be prepared for a possible disease, and not rely on "maybe".

A more rational (compared to tick delivery to the laboratory) behavior tactics after a bite is to take blood tests to determine whether the insect has infected a person with any infection. However, it is not necessary to donate blood immediately, because the tests will be uninformative. Not earlier than 10 days after the bite, blood can be donated for the detection of tick-borne encephalitis and borreliosis by PCR. If the analysis is performed by ELISA or Western blot analysis (immunoblotting), then to detect tick-borne encephalitis, blood should be donated only two weeks after the bite, and borreliosis – 4 to 5 weeks.

During the PCR revealed the presence of the pathogen in the blood, so this analysis is very accurate. And during ELISA and Western blotting, IgM-type antibodies against tick-borne encephalitis virus and borreliosis pathogen are detected. The ELISA method is inaccurate because the percentage of false-positive results is high. Western blot is reliable and accurate, but is mainly done only in private laboratories located in large cities, as a result of which not every person is bitten by a tick.

If the results of any analysis (PCR, ELISA, Western blot) are positive, it means that the tick has infected the person with the infection. In this case, you must immediately undergo a course of treatment, which will allow to cure the disease at an early stage.

It is possible not to be tested, but immediately after the bite, to conduct prophylactic treatment against tick-borne encephalitis and borreliosis by taking medications. Such treatment in most cases helps to prevent the development of infection, and the person does not become ill, even if the tick infected it.

Despite the temptation immediately after the bite to conduct preventive treatment to protect themselves from infection, if there was an infection, you should not do this. Doctors and scientists consider the following tactics after a tick bite to be the most optimal and justified:
one. Pull the tick from the skin.
2 On the 11th day after the bite, donate blood for the detection of tick-borne encephalitis and borreliosis by PCR.

If the PCR result is positive for any one or both infections, then you should start taking medications to prevent the full development of the disease and its cure at the stage of the incubation period. To prevent borreliosis, antibiotics Doxycycline + Ceftriaxone is taken, and encephalitis is taken by Yodantipirin or Anaferon. If the result is positive for both infections, then antibiotics and Jodantipirin are taken for prophylactic treatment.

If the PCR result is negative, then 2 weeks after the tick bite should be donated blood for tick-borne encephalitis by ELISA or Western blot. Then after 4 weeks, re-donate blood for the detection of borreliosis by ELISA or western blot. Accordingly, when receiving a positive result of the analysis, antibiotics or Yodantipirin should be taken, depending on what kind of infection was detected (encephalitis or borreliosis).

Taking antibiotics and Yodantipirin immediately after a tick bite without testing is justified only in cases where the incident occurred far from civilization (for example, hiking, bike ride, etc.) and it is impossible to get to medical laboratories. In this case, for the prevention of infection with encephalitis and borreliosis, it is necessary to take both antibiotics and Yodantipirin, since it is not known which vector of infection is tick.