Tremor in children under one year

Tremor in children under one year, spontaneous muscle twitches occurring in different parts of the body are called. Most often observed physiological tremor Chin, lips or limbs of the baby is a variant of the norm. Such muscle spasms are due to their increased tone and immaturity of the peripheral nervous system of the child.

Strengthening of a tremor, its unreasonable occurrence and distribution to other parts of the body, neurologists call pathological tremor, which indicates a serious disturbance in the functioning of the nervous system and is a symptom of various serious diseases.

Muscle twitching in different parts of the body occurs in a child in various situations, they are caused by nerve overstrain:

After the appearance of one of the provoking factors, the child begins to shake:

With physiological tremor muscle twitches pass quickly, and their amplitude is barely noticeable. As a rule, physiological tremor disappears completely up to 3 months of age, but in some cases it can occur up to a year. Parents of a baby who has episodes of physiological tremor should carefully monitor its manifestations and visit a neurologist in time. The critical moments for the development of the nervous system in a baby under one year old are 1, 3, 9 and 12 months of life – it is during these months that the child with tremor needs to be monitored by a neurologist.

With pathological tremor In children under one year old, parents may notice that twitching occurs for no apparent reason, they are very intense and often occur. As a rule, the general condition of the baby suffers: he becomes nervous, capricious, often crying and does not sleep well.

With physiological tremor in children under one year, treatment is not indicated. Parents are advised to carefully monitor the child to determine the onset of tremor and possible symptoms of its aggravation. To prevent complications, the baby must undergo periodic examinations by a neurologist.

Treatment of pathological tremor may include:

The amount of complex therapy for pathological tremor is determined by the doctor, depending on the health of the baby. It is extremely important to surround such a child in the family with constant care, affection and calmness.

Tremor in children older than one year 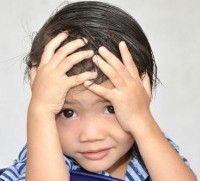 Most often, physiological tremor is observed when a child is agitated: nervousness, fright, or strong emotions. It can be expressed in twitching of the lips, chin, upper and lower extremities. As a rule, his episodes are always associated with overstrain of the nervous system of the child and are of a short duration.

In pathological tremor, which accompanies various disorders of the nervous system, other parts of the body (head, face, tongue and body muscles) may also be involved in twitching. Episodes of such a tremor in children may occur at rest or when attempting to perform ordinary movements that are not associated with nervous tension. In addition to muscle twitching, there may be symptoms of other disorders in the nervous system: headaches, poor sleep, excessive irritability.

The causes of pathological tremor in children older than one year can be various pathologies of both nervous and other body systems:

Tremor treatment in children older than one year is always long and complex. It can be administered only after a detailed neurological examination. In some cases, drug therapy is not prescribed, and treatment is limited to:

If necessary, the appointment of drug treatment experts consider the cause of tremor and the underlying disease that causes this symptom. Beta-blockers, symptomatic or sedatives (including those of plant origin) may be prescribed to get rid of twitches.

In rare cases, with lesions of the cerebellum, surgical treatment may be prescribed.

Tremor in a child after vaccination 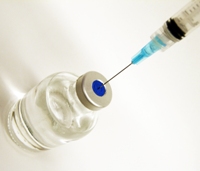 In some cases, after a vaccination is given to a child, the chin, hand or foot tremor may increase or appear. These symptoms indicate overexcitement of the baby’s nervous system and require the consultation of a neurologist for a number of diagnostic procedures and the exclusion of serious neurological pathologies:

In identifying pathology, the doctor may prescribe a course of medical or physiotherapy treatment. Subsequent vaccinations may be delayed until the recovery of the nervous system of the baby.

In a child younger than 3 months, the tremor after vaccination may be physiological, against the backdrop of crying from pain. In this case, when the child calms down, manifestations of tremor disappear. No treatment is required.

Tremor in a child after sleep

Tremor in a child after sleep may be physiological and pathological. During physiological tremor after sleep, which is observed in children under 3 (sometimes 4) months of age, twitching quickly passes without threatening the baby’s health.

If pathological tremor is detected after sleep, which can occur if there are neurological and other diseases in older children, parents should consult a neurologist and conduct a series of examinations. After identifying the causes of pathological tremor, the doctor may recommend a course of treatment: relaxing massage, exercise therapy, air baths, soothing herbal baths, physiotherapy or drug therapy.

From the twelfth week of gestation, the period is considered solely obstetric weeks, since all ...