Unidox Solutab – instructions for use, analogues, price and reviews 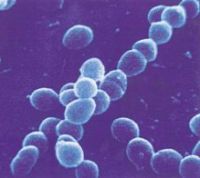 Doxycycline, which is part of Unidox, is a substance that stops the proliferation of a bacterial cell, which is associated with impaired protein formation in microbial cells.

This drug belongs to the group of broad-spectrum antibiotics, but it should be noted that many microorganisms have now become insensitive to this antibiotic.

The most sensitive to Unidox in our time among gram-positive cocci are pneumococcus, most of the enterococci and some groups of staphylococci, of the gram-negative ones – moraxcella and meningococci. Most gonokokkov – insensitive.

From anaerobic microorganisms, fuzobacteria, clostridia, propionibacteria (P. acnes) are amenable to the action of doxycycline. 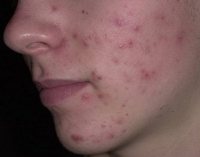 With intolerance and failure of local treatment of acne, with severe and moderate course of the disease (including scar formation), systemic antibiotic therapy is prescribed. In this case, the antibiotic Unidox is the drug of choice. Take 100-200 mg of the drug, dividing the dose into 2 doses. Duration of treatment is 12 days.
Ureaplasmosis
Treatment of ureaplasmosis is carried out by taking 100 mg of the drug Unidox twice a day with a 12-hour break for 7 days.

Chlamydia
For the treatment of urogenital chlamydia Unidox take 100 mg twice a day for a week.

Prostatitis
The duration of treatment of bacterial prostatitis Unidox in a daily dose of 200 mg is at least 4 weeks. The drug is taken in two doses, with an interval of 12 hours.

Syphilis
In case of intolerance to penicillin antibiotics, reserve antibiotics are used in the treatment of syphilis, one of which is Unidox Solutab. For preventive treatment, the drug is prescribed 3 times a day, 100 mg for 2 weeks. For the treatment of fresh forms, the period of use of the drug in the same dose is increased to 20-25 days.

Granulema
For the treatment of venereal lymphogranuloma and inguinal granuloma (donovanosis), Unidox tablets are taken for 3 weeks, 100 mg every 12 hours.

Actinomycosis
Actinomycosis can be treated with Unidox at a daily dose of 0.2 g taken from six months to a year.

Eye diseases such as trachoma and acute dacryocystitis are treated with Unidox for 21-28 days in a daily dose of 200 mg, in two doses.
Cholera
With cholera, 300 mg of Unidox is administered once.

Rickettsiosis
The rickettsiosis treatment regimen includes the administration of Unidox 100 mg twice a day for a week (or within 2 days after normalization of body temperature).

Zoonosis
The treatment regimen of bacterial zoonoses is similar, the differences are only in the duration of the drug intake. Unidox administered 100 mg every 12 hours, with plague – 10 days, with tularemia – 2 weeks, with anthrax – 2 months.

Brucellosis
The treatment regimen for brucellosis also includes the administration of Unidox, 100 mg twice a day, in combination with other antimicrobial drugs (streptomycin, rifampicin). 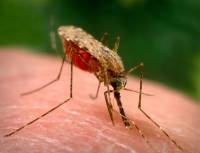 When traveling to areas endemic for malaria, you must take Unidox on the day before departure, and take the drug during the entire period of stay in this country. The total interval for taking unidox should not exceed a period of 6 months. The daily dose is 100 mg.
Respiratory system infections
With lower respiratory tract infections, the duration of treatment with Unidox is from 7 to 10 days, with mycoplasmal pneumonia – up to 3 weeks. Unidox take 200 mg orally 1 time per day.

Other uses
For the prevention of the development of postoperative infectious complications, after abortion in the first trimester of pregnancy, in the presence of PID (inflammatory diseases of the pelvic organs), multiple sexual partners, gonorrhea in history, take 100 mg of Unidox 1 hour before surgery, and 200 mg of the drug after 1.5 hours after an abortion.

For children
For children over 8 years old, the drug Unidox is prescribed in a daily dose of 5 mg per 1 kg of weight, but not more than 200 mg. The daily dose is divided into 2 doses.

Nausea, vomiting, fever, yellowness of the skin, and bleeding may occur when taking large doses of the drug.

If these symptoms are noted, gastric lavage is necessary. You should also take activated carbon and laxatives. Shows copious drinking.

Reduces the bioavailability of antacids – drugs, which include calcium, cholestyramine, magnesium, aluminum, sodium bicarbonate. There should be at least 1 hour between taking Unidox and these drugs.

Absorption of both drugs is impaired with simultaneous administration of Unidox with iron preparations.

Barbiturates, phenytoin and carbamazepine increase the breakdown of doxycycline in the liver and reduce its concentration in the blood, and therefore you may need to adjust the dosage of Unidox.

Unidox may enhance the medicinal effect of indirect coagulants while taking it is necessary to control prothrombin time.

The risk of the development of brain pseudo-tumors increases when taking vitamin A supplements against the background of using Unidox.

It should also take into account the reduction of the therapeutic effect of oral estrogen-containing contraceptive drugs.

Unidox Solutab needs to be taken inside, better in a standing position, washing down with plenty of water. This will prevent possible damage to the esophagus, and irritation of the mucous membrane of the stomach and intestines.

The drug is taken regardless of the meal, but at regular intervals, without missing or doubling the dose.

During treatment, you must refrain from sun exposure (under direct exposure).

Unidox can be used to treat patients with renal insufficiency, as it is excreted through the gastrointestinal tract.

Price in Ukraine
Unidox Solutab soluble tablets can be bought in Ukraine at an average price of 68 hryvnas per package.

Price in Russia
Dispersible antibiotic tablets Unidox Solutab 100 mg can be bought in Russia at an average price of 300 rubles per pack.

Unidox Solutab is quite effective in treating acne and acne when skin inflammation is caused by microorganisms sensitive to the effect of the drug. Therefore, before using Unidox 100, it is necessary to undergo an examination and determine which microorganism causes acne formation.

Mosquitoes are among the most common insects on the planet. They are found in almost ...