The endemicity of the fauna is usually explained by the long isolation of the territory for thousands or even millions of years. This entry presents a slightly different look. both at the time of isolation and at the rate of natural selection. 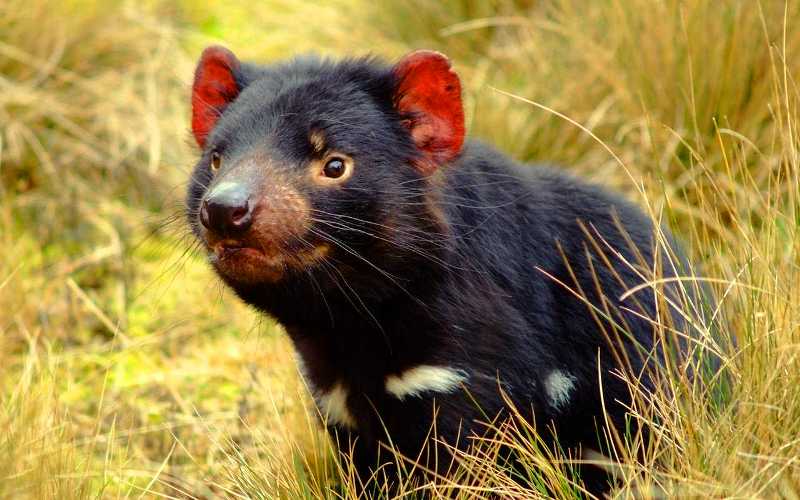 I read about this glutton (the Tasmanian devil eats all kinds of stuff up to 15% of his weight per day) – it turned out that he has one most interesting fact, which I think should correct the ideas about endemics.

Some commentators, pointing to endemics, their existence was considered as an argument against pole shifts. For example, the animals endemic to Thermophilia living on the island of Tasmania, and if the South Pole were closer to the island, they would hardly have survived.

Look at the positions of the poles in the southern hemisphere. 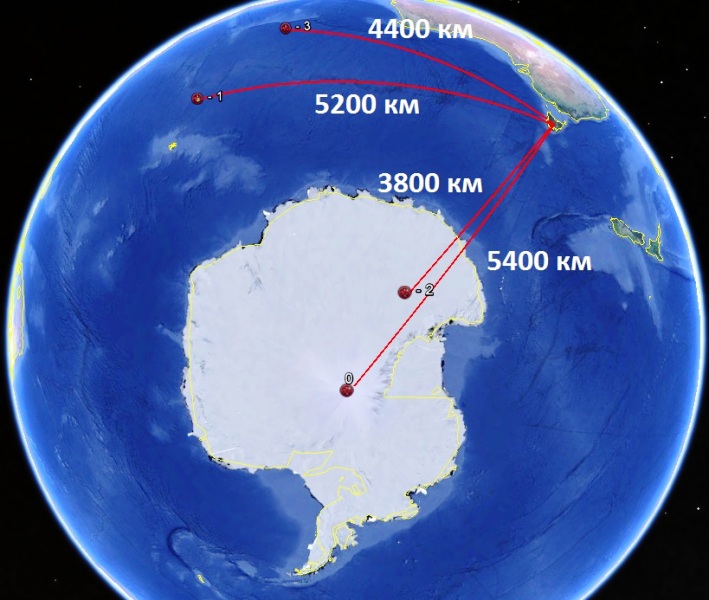 The poles are located in places quite remote from Tasmania. The closest before last pole – 3800 km from the Tasmanian coast. This distance in the northern hemisphere corresponds to the latitude of Moscow.

The distant coast of the island was at a distance of 4100, which corresponds to the latitude of Minsk. Could Tasmania survive? I think yes.

Especially because the creature is omnivorous.

there are movements in the lithosphere, ups and downs.
Tasmania is on the Australian platform, which can be clearly seen in the satellite image 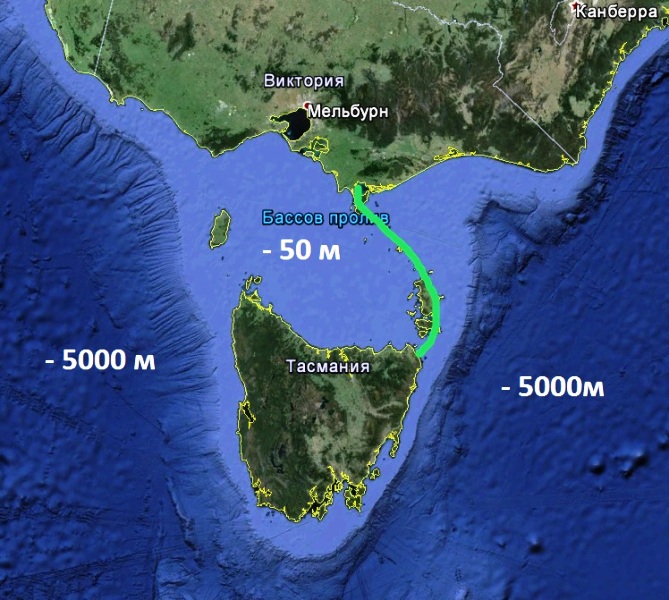 The green line indicates a stranded linking the island with the continent. It may well be that until the last shift, or the last but one, Tasmania was not an island (in itself, such a statement is not new – science has long since considered, but sends this event millions of years into the past).

Accordingly, animals could move, at least, on the isthmus.
If you look north of Australia, then you can see several paths with shallow depths, 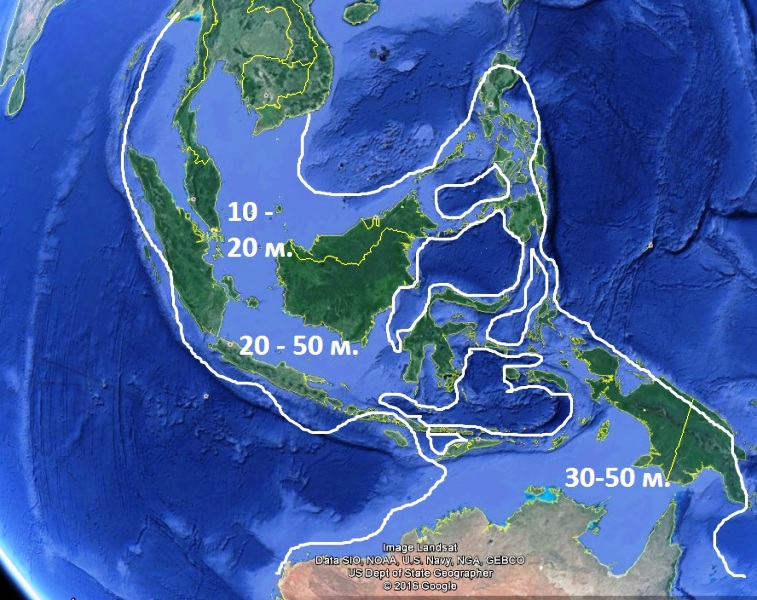 which, when raised earlier, were majestic territories with inland seas and lakes. The total area of ​​these territories was enough for two Australia. 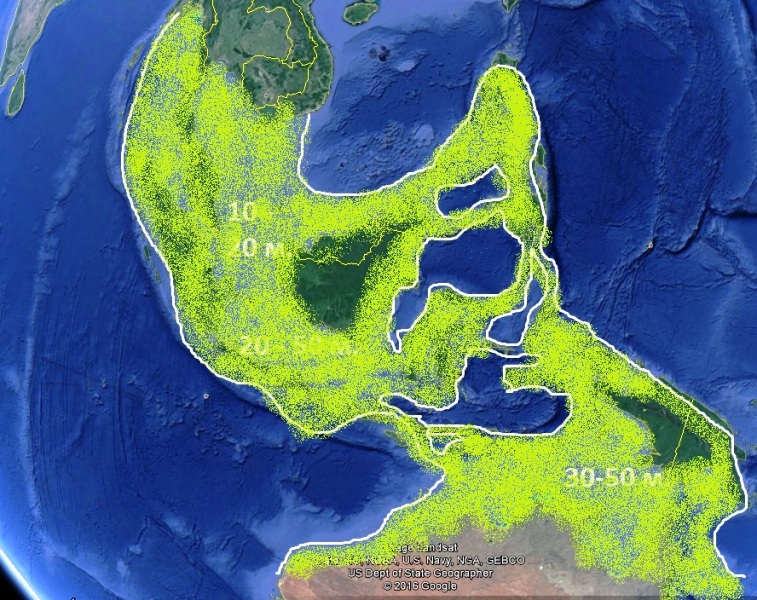 Animals could move around these lands. In any case, in China, the remains of marsupials are found, which confirms the voiced version.

Sometime, albeit for some time (the period between the pole shifts is estimated at between 400 and 600 years), but from Tasmania you could walk to Siberia on foot.

Let’s return to the glutton. Since it is endemic, its disease is endemic – glutton.
..A first deadly disease, called devil facial tumour disease (the disease of the facial tumors of the devil, "the facial tumor of the devil"), or DFTD, was reported in 1999. Over the past period, from 20 to 50% of the population of marsupial devils died, mainly in the eastern part of the island.

Overgrown tumors block the animal’s sight, hearing and mouth, making it impossible to get food and leading to starvation. Mortality rate for this disease is 100% ..

What could be the protection from severe, transmitted in a household way, the disease in this animal? “Evolutionarily, over several thousand years, by natural selection, he must develop a defense mechanism.”
Any
Something like that.
Rather does not happen!
Will work out!
And where should he go!
Want to live – learn to produce!

Just do not forget that they call him a Tasmanian devil. Here it is hell and arranged.

He worked out evolutionarily, by natural selection for a couple, another years, a protective mechanism.

We read: .. Currently, there are no drugs for DFTD, so the devils have to look for natural mechanisms to combat the disease. As it turned out, they have these animals.

First, the devils accelerated sexual maturation. In July 2008, scientists from the University of Tasmania found that the number of pregnant females under the age of one year increased significantly (in some control populations, the increase was more than 80%).

Normally, females do not begin sex life up to two years, but further analysis showed that they now mature 6-12 months earlier. Given that the average life span of a devil is six years, this is a significant “shift.”

Secondly, the devils began to breed all year round, while earlier the marriage period lasted only a couple of months. According to researchers, a change in breeding strategy is designed to compensate for the damage caused by the disease …

What is the strongest instinct of a living being? – Here two answers are possible: the instinct of self-preservation and the instinct of reproduction. For the sake of surviving, the Tasmanian corrected the breeding stronghold for a couple of years.

This is how the endemic animals appear in nature. Nerp in Baikal not forgotten?

They had to survive – they survived. Switched to fresh water.

For a million years !?

The increase in soil level usually occurs due to, as a rule, mudflows. The root ...